With Seven Days To Christmas Eve, We're Got Seven Facts About Seasonal Songs

Just for Fun: With Seven Days To Christmas Eve, We're Got Seven Facts About Seasonal Songs 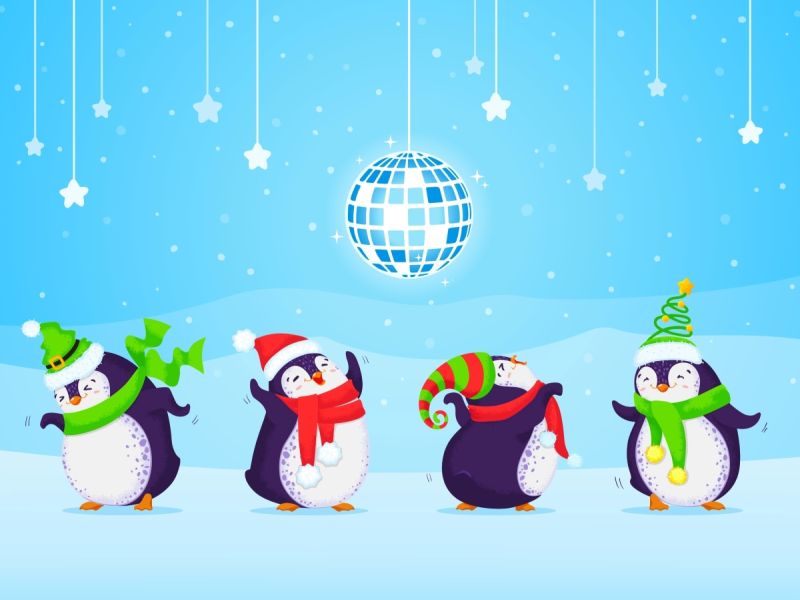 Christmas time means Christmas songs. On Repeat. Endlessly. So, with just a week to Christmas Eve, we thought we’d celebrate with seven facts about seasonal songs. Plus seven ways Stikins make it simple to get your stuff labelled with stick on name labels.

Jingle Bells was written in 1857 by James Lord Pierpont for a Thanksgiving celebration and so doesn’t actually contain any references to Christmas. It was the first song broadcast from space during a prank played by Gemini 6 astronauts Tom Stafford and Wally Schirra.
On 16th December 1965, they reported to Mission Control:

“We have an object, looks like a satellite going from north to south, probably in polar orbit . . . I see a command module and eight smaller modules in front. The pilot of the command module is wearing a red suit.”

They then performed Jingle Bells with a harmonica and miniature sleigh bells they had smuggled on board.

Rudolph The Red-Nosed Reindeer was written in 1949 by Johnny Marks. It was based on a story written ten years earlier by his brother in law, Robert L. May. Marks wrote around 27 Christmas songs, including Rockin' Around The Christmas Tree, I Heard The Bells On Christmas Day, and Holly Jolly Christmas.

Christmas songs are often recorded in summer and two were written during heatwaves.
Mel Tormé wrote The Christmas Song (better known as Chestnuts Roasting on an Open Fire) in July 1945 as a way to “stay cool by thinking cool”. Leroy Anderson wrote Sleigh Ride during a heatwave in July 1946.

The best-selling Christmas single in the UK is Mariah Carey’s All I Want For Christmas Is You.
Written in 15 minutes and released in 1994, it has been a staple of Christmas charts ever since.
It topped the US chart in 2019, reaching no. 1 in the UK a year later.

Have Yourself A Merry Little Christmas was written in 1944 for the film Meet Me In Louis.
Judy Garland, Tom Drake, and director Vincente Minnelli asked Hugh Martin, the writer, to change the lyrics because they were too depressing.

“Have yourself a merry little Christmas//It may be your last//Next year we may all be living in the past”
became “Let your heart be light//Next year all our troubles will be out of sight”.

When Frank Sinatra recorded the song in 1957, he asked for further revisions.
This version’s even more cheerful lyrics are now more common than the original lyrics.

The Twelve Days of Christmas was first published in 1780 as a chant or rhyme, possibly of French origins. The now familiar melody was introduced by English composer Frederic Austin in 1909. Austin’s additions included the prolonged “five gooooooold rings”, inserting “On” into the opening phrase, rearranging the ninth to twelfth verses, and the “calling birds” lyric. Various lyrics have been used over the years including:

Some believe the song was a forfeit and memory game. Each player would name the gifts already mentioned and add the next. If a player couldn’t remember all of the gifts (or which came next) they would pay a forfeit.

Famously, if you add up the gifts that accumulate over these twelve days of Christmas, you get 364 gifts – one for every day of the year, excepting one day (perhaps Christmas day itself, which you would presumably spend with your true love!).

Here are seven ways Stikins name labels help you get your name labelling done quickly – all year round.

So, what are you waiting for? Order Stikins now for stress-free name labelling this Christmas!