Grab Your Flower Crowns & Handkerchiefs For A Name Labels May Day Celebration!

Just for Fun: Grab Your Flower Crowns & Handkerchiefs For A Name Labels May Day Celebration! 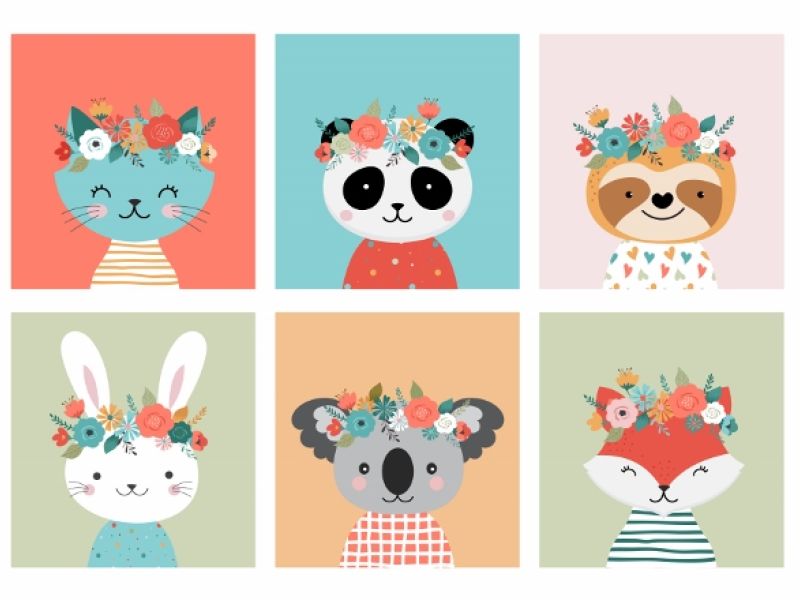 While traditional May Day plans are on hold, here at Stikins name labels, we’re still celebrating with a few of our favourite facts about this celebration of Spring!

Celebrating Spring With May Day Facts

May Day has its origins in a variety of ancient celebrations, including festivals and rituals held to promote fertility and protection of crops and livestock, while celebrating the arrival of spring and summer.

One of the most prominent influences is Beltane (meaning “bright fire”). Traditionally, the two solstices (Summer and Winter) and equinoxes (Spring and Autumn) divided the year into seasons. Four additional seasonal celebrations were held at the (approximate) midpoints; Imbolc (start of spring), Lughnasadh (harvest season), Samhain (end of harvest and start of winter), and Beltane – start of summer.

Beltane marked the time when cattle would be moved to their summer pastures and rituals were performed to promote the fertility and protection of livestock and crops. Huge bonfires were lit as fire was believed to symbolise the death of winter and the birth of new life as spring arrived.

The flames, smoke, and ashes of these bonfires were believed to have protective powers; cattle would be driven between bonfires to cover them with the protective smoke. People would jump over small fires for good luck and fortune, home fires would be doused and relit from the bonfires, and ashes would be taken and daubed on people or sprinkled over livestock and crops for protection.

Yellow flowers (symbolising fire) would be gathered, turned into bouquets and garlands, and used to decorate homes and cattle.

There were many superstitions associated with the first of May. It was believed that spirits or fairies would be present upon the earth at this time and rituals would be performed as protection against them (especially over cattle as it was believed the fairies would steal their milk) or offerings would be left to appease them. Another superstition said that the first dew of May had special properties and would bring beauty and youthfulness to those who washed with this water.

In Wales, Calan Mai (the first of May) celebrations would begin with the lighting of bonfires on May Eve, which was believed to be an Ysbrydnos (spirit night), when spirits were particularly active. Hawthorn branches and flowers were used to decorate houses and a mock fight would be held between two figures representing summer and winter. After “summer” defeated “winter”, a May Queen and King would be chosen and the festivities would continue, including dances and May carols.

The Roman festival Floralia took place between 28th April and 3rd May to honour Flora. the goddess of flowers, vegetation, and fertility. The festival included competitive events, theatrical performances and spectacles (one event featured a tightrope walking elephant), and concluded with a sacrifice to Flora. People wore colourful clothing, threw legumes and beans (symbols of fertility) at each other, and hares and goats were symbolically released.

In Germanic countries, Walpurgis Night (the night before May Day) celebrates Saint Walpurga – a Christian missionary in Germany believed to have protected people against illness and witchcraft. These celebrations included bonfires (to ward off evil spirits and witches), songs, and dancing.

The gathering of flowers was traditionally known as “Bringing in the May” – where flowers were brought into the home or community. Flower crowns are traditionally used to crown the May Queen (and May King) who presides over May Day festivities.

An old tradition saw May Day Baskets, filled with flowers and sweets, being left anonymously on neighbours' doorsteps. In an alternative tradition, the giver would knock on the door, yell “May Basket”, and run away – if the receiver caught them, they were entitled to receive a kiss.

Perhaps the most enduring symbol of May Day is the Maypole. Traditionally, a tree is brought into the community (sometimes accompanied by a lively procession) and decorated with flowers, wreaths, handkerchiefs, and ribbons, before being erected in a central place. Festivities then take place around the tree, including dances, songs, or prayers. Later, performances of dances, plays, literature, and songs were added. Some countries also practice Maypole scrambling – where people try to climb to the very top of the Maypole!

Many places would compete to see who had the best Maypole; some grouped together to afford the best tree, while others would simply steal the Maypole from another town! In some countries, this is a tradition in itself; rival towns try to steal each other’s maypoles to win free beer and food.

The Maypole dance was also a means of courtship; if a couple met during the Maypole dance and remained together by the end of the festivities, they would continue to court for six weeks, eventually marrying on Midsummer’s Day in June – thought to be the origin of the traditional June Wedding.

Stikins Name Labels – An Update For May

We remain open and are adhering to the government’s rules for social distancing. We are currently printing and posting name labels every day, from Monday to Friday. If you would like to place an order, you can do so using our online order form or you can give us a call to order by phone.

You can also check out our Kids Activities page if you’re looking for a few small ways to keep your family amused for a minute or two. We hope that you are all staying safe and well and from all of us at Stikins name labels, we wish you all a happy May Day.