Celebrate With Big Facts About A Small Planet On Pluto Day

Just for Fun: Celebrate With Big Facts About A Small Planet On Pluto Day 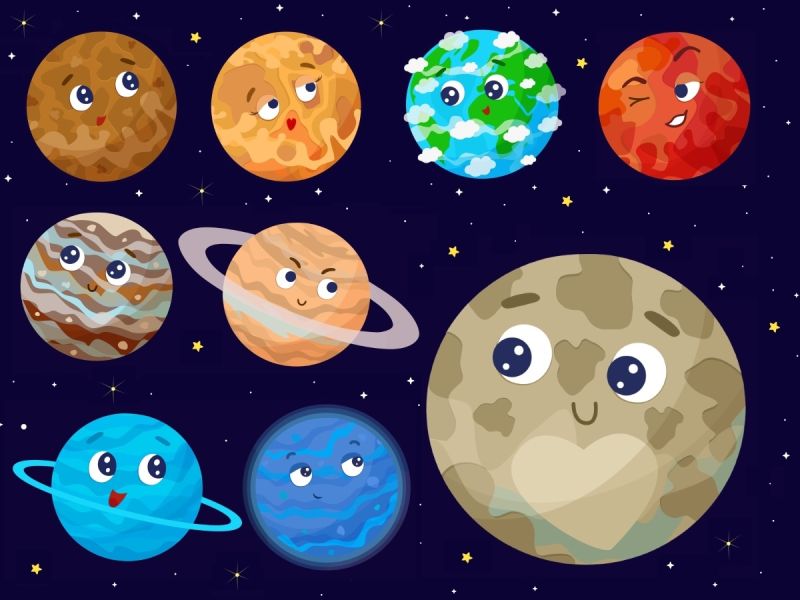 Today is Pluto Day – the anniversary of the discovery of Pluto. We’re celebrating this dwarf planet with some big facts. Plus we take a look at how our small name labels make a big difference to the problem of lost property.

Big Facts About A Small Planet

Astronomers started looking for Pluto in the 19th century. They believed there was a ninth planet affecting the orbits of Uranus and Neptune. In 1906, Percival Lowell (founder of the Lowell Observatory) launched a search for “Planet X”. While his team found possible coordinates, Lowell died in 1916 without any apparent success.

In 1929, Lowell Observatory renewed the search and assigned the task to Clyde Tombaugh. He discovered Pluto on a set of photographic plates on 18th February 1930. Unbeknownst to all at the observatory, at least sixteen images of Pluto already existed. The date of the first image was 20th August 1909. Amazingly, Lowell Observatory had actually taken two of the images. These images dated back to 19th March and 7th April 1915.

The new planet needed a name; early suggestions included Zeus, Percival, and Constance. A public survey produced a shortlist of three options. Minerva was already the name of an asteroid. A rather unpopular astrononomer suggested Cronus. This left Pluto as the unanimous winner. Submitted by 11-year-old Venetia Burney from Oxford, she received £5 as a prize.

Pluto was named for the Roman God of the Underworld. Following tradition, its five moons received similar names from Greek mythology. Charon ferried souls across the river Styx. Nix was named for Nyx, the Goddess of Night, and mother of Charon. Kerberos and Hydra were many-headed creatures (a hound and serpent respectively), which guarded entrances to the underworld.

Pluto is 1/6 the size of Earth (and 2/3 of our moon); with a 1,430-mile diameter, it’s half as wide as the US and Australia. Pluto is one third ice and two thirds rock. It is extremely cold, reaching -240°C. Surface features include the Heart (Tombaugh Regio, a large bright area), the Whale (Chtulhu Macula, a large dark area), and Brass Knuckles (dark areas near the equator).

Pluto spins very slowly; one day lasts 153 Earth hours (over 6 days). It takes 8 minutes for sunlight to reach Earth but 5.5 hours to reach Pluto. Pluto’s unusual orbit means that it can be anywhere between 2.7 billion and 4.6 billion miles from the sun. It takes 248 Earth years to complete one orbit and spends 20 years of each cycle closer to the sun than Neptune.

Despite spending 75 years as a planet, Pluto is now a “dwarf planet”. Since 1992, discoveries of objects beyond Neptune have included some of a very similar size and mass compared to Pluto. For example, Eris (discovered in 2005) is slightly smaller but has a larger mass. In 2006, changes were made to the criteria for defining planets. Pluto met the first two (orbit the sun and have sufficient mass to assume a round shape) but failed the third (clear other objects from the neighbourhood of its orbit).

Controversially, Mars, Earth, Jupiter, and Neptune all share their orbits with asteroids – there are currently over 27,000 near-Earth asteroids! All of which means that Pluto’s status is still causing debate amongst astronomers (and Pluto fans!).

Stikins come in one (small) size; they measure 30mm wide by 15mm high. We chose this size because it fits neatly (and discretely) onto items of all shapes and sizes. This includes the wash-care label of clothing as well as other personal belongings.

This means that your name labels are a subtle addition to your belongings. They won’t draw unnecessary attention but are easy to find when needed.

Our label size accommodates two lines of text. This leaves plenty of space for adding a simple name OR for adding a name and additional information – like a contact phone number or message.

Lost property can be a difficult (and time consuming) problem to deal with properly. This is especially true in schools where kids have identical (or very similar) kit. This means that – even when lost items make it to the lost property box – kids are often reluctant to claim items because they can’t be certain that an item really is their own.

Name labels immediately identify the owner of an item. Stick on name labels help you label items quickly and efficiently. Stikins stick on name labels mean you can label all of your kids’ school kit in seconds. This is because our unique adhesive is designed to work on all kinds of surface types. This includes clothing, shoes and bags, and personal items like lunch boxes or devices.

With Stikins, it takes seconds to label items and seconds for those items to be returned!

We supply Stikins in packs of 30, 60, 90, or 120 name labels. Each set comes in its own pack, pre-printed with instructions for use. Our larger packs are the most cost-effective and give you a few extras for last minute labelling emergencies.

Delivery is free and uses Royal Mail’s first class service. Please remember that this isn’t a guaranteed service and items may take up to seven working days to arrive.

Next blog post: Artistic Names That Have Made An Impression On Stikins
Previous blog post: Celebrating Women In Science & The Science Of Waterproof Name Labels